NEW! Get I-80 Current Weather Conditions with our Interactive Weather Observation and Alert System 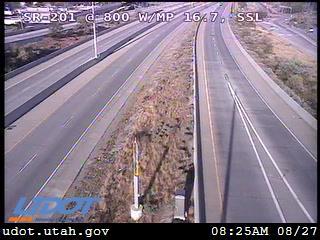 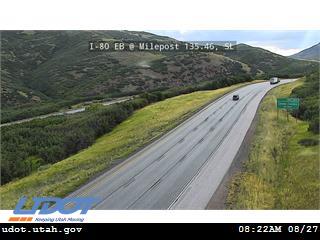 March 28th and 29th, 1987 A late season snowstorm left a band of 6 to 16 inches over eastern Nebraska and western Iowa. Interstate 80 became a winter wonderland. Seven inches of snow was reported at Sioux City. Amounts were heavier to the south with 16 inches reported near Council Bluffs in north Omaha. Winds of 30 to 50 miles an hour were common with a gust of 68 miles an hour reported at Carroll, Iowa. The winds reduced visibilities to zero for much of these two days. Snow drifts of 8 to 15 feet were common with some drifts as high as 20 feet. The heavy wet snow resulted in many downed trees and power lines. At one time, a utility company in west central Iowa reported 29,000 homes without electricity. The blizzard was also responsible for many school closures and some livestock losses. Many motorists were stranded on Interstate 80 and other highways due to the drifting snow.May 27th, 1995 A large storm system developed over the southern Rockies and moved northeast into the central United States. This was a serious situation around Interstate 80. Severe thunderstorms developed over eastern Nebraska and moved into Iowa, where they became tornadic. A violent tornado moved from near Carroll to near Fonda. This tornado caused extensive damage wiping out many farmsteads. Carroll County was also clipped by another violent tornado which moved from near Coon Rapids to near Churdan. This tornado picked up a car and tossed it more than a quarter mile into a field. One girls homework papers were found some 55 miles away in the town of Gilmore City. Another tornado touched down near Creston and tracked north to Perry. This tornado was captured on film as it crossed Interstate 80 between the 94 and 95 mile markers. The Iowa State Patrol closed off a four mile section of the interstate to allow the half mile wide tornado to pass. Greene, Adair, Carroll, Guthrie, Sac and Union Counties were declared disaster areas. Some damage estimates included $2 million in Greene County, $1.2 million in Carrol and Union Counties, $828,000 in Adair County and $642,000 in Sac County.January 8, 1957 A lightning bolt struck the dome of the Utah Capitol Building. Provo also had a hailstorm which was followed by 3 inches of snow.In 1983 A wind gust to 120 mph occurred at Hidden Peak at Snowbird.In 2003 Dense fog caused a 59 car pileup on Interstate 80 near Saltair, injuring 14 people. Interstate 80 wasn't too friendly during times in 2002 either as icy roads caused numerous accidents.